In New Jersey “expungement” means the separation and sealing of criminal records on file with a court or correctional facility that concern a persons arrest, detention, trial, or conviction within the criminal justice system. Records that may be expunged include complaints filed against a person, warrants for a persons arrest, arrests, fingerprints, photographs, “rap sheets”, and judicial docket records.

Expungement allows a person to start his life all over again without the negative effects of having a criminal record. A person can apply for jobs, such as a nurse, without having to disclose their criminal record. This is because an expunged crime is considered, legally, to have never happened.

Take the first step to a fresh start and speak with a licensed expungement lawyer today! Free Consultation. 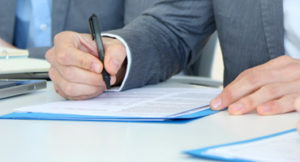 Eligibility for expungment is determined by the type of crime committed, by how many years have passed after the crime, and by the particular state where the crime took place. In New Jersey, a number of convictions can be expunged including disorderly conduct, theft and shoplifting, drug related offenses, municipal violations, misdemeanors, felonies, and juvenile offenses. After one has completed the sentence for their crime, sufficient time needs to pass to apply for an expungement.

Rules vary depending on the type of offense such as petty disorderly persons, disorderly persons, municipal ordinance violation, indictable offense, juvenile delinquent, youth drug offense, and arrest not resulting in a conviction. Generally, a person can apply for expungement only once (there are two narrow exceptions to this rule: N.J.S. 2C:52-14. See below.

Even if a person is never convicted, he will retain an arrest record that can only be cleared by an expungement. This can be the case if the person is found not guilty, enrolls in a diversionary program, or the charges are dismissed for other reasons.

There are some serious crimes that cannot be expunged in New Jersey; these include murder, manslaughter, treason, kidnapping, rape, arson, robbery, endangering the welfare of the child and other serious crimes like these. If you committed a crime while you were in public office or public employment, then it cannot be expunged. If the crime you committed relates to the sale or distribution of controlled substances (drugs), then it may only be expunged if it involved less than 25 grams of Marijuana or Hashish, or a crime of the third of fouth degree. (NJS 2C:52-2). Other non-serious drug crimes may be expunged if a court decides it is appropriate to do so.

Furthermore, traffic offenses like speeding, parking tickets, and driving while intoxicated (DWI) are not eligible for expungement. (N.J.S. 2C:52-28). With a few exceptions, these violations appear on your traffic, not criminal, record. However there are a few may be a few exceptions.

Here are more details on the type of time and eligibility rules:

Arrest not resulting a conviction (dismissed charges). If you received Pretrial Intervention (PTI), Conditional Discharge, Juvenille Conference Committee (JCC), Intake Service Conference, or Deferred Disposition, then you may expunge your record 6 months after the completion of any sentence you received (usually probation). If you were charged with a crime, but not convicted (found not guilty, not enough evidence, charges dropped, etc.), then you may at any time apply for your record to be expunged, unless the dismissal resulted from insanity or the mental inability to commit the crime. (N.J.S. 2C:52-6). Learn more about arrest record expungement.

Felonies (indictable offenses). In New Jersey an indictable offense (commonly referred to as a crime) is the equivalent of a felony and can be of the first, second, third, or fourth degree. You may be eligible to expunge an indictable offense if you have not been convicted of any other indictable offense in New Jersey or anywhere else or of three or more disorderly person offenses, and more than 10 or 5 years have passed from the date of your conviction, payment of fine, completion of probation or parole, or release from jail, whichever is later. There are two exceptions to this general ten-year rule and you may be able to clear your record sooner. (N.J.S. 2C:52-2).

Youth Drug Offense. If you were convicted of possession of drugs and were under 21 years old, then after 1 year you may apply for expungement, which may be granted if you have not violated your parole/probation or committed another crime. You may also be able to clear drug distribution charges involving marijuana or hashish. (N.J.S. 2C:52-5). Learn more about youth drug offense expungement.

Municipal Ordinance. Municipal ordinances are laws of local governments, whereas the criminal code has laws that cover all of New Jersey. A violation of a municipal ordinance may be expunged if you have not been convicted of any indictable offense or of three or more disorderly persons offenses, and more than 2 years have passed from the date of your conviction, payment of fine, completion of probation or parole, or release from jail. (N.J.S. 2C:52-4). Learn more about municipal ordinance violation expungement.

Juvenile Delinquent. In General, if you were convicted of being a juvenile delinquent (the equivalent of a conviction), you may apply to have your record expunged if an adult convicted of the same crime would be eligible. Furthermore, you may be able to expunge your entire record of delinquency if you have gone 5 years without another conviction. (N.J.S. 2C:52-4.1). Learn more about juvenile expungement.

More Than One Arrest 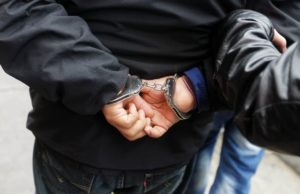 In New Jersey, expungement law becomes less straight forward when you have multiple convictions. Some combinations of convictions are eligible, while others are not. Further, it does not matter whether the crimes were prosecuted within or outside of New Jersey. Depending on the severity of your crime, there are three possible outcomes:

Not eligible at all

Some eligible, some ineligible

Some combinations of convictions will prevent you from clearing some, but not all, of your record. Here are some situations where this may be true.

You may be able to expunge your entire criminal record if your convictions were relatively minor. Here are some examples:

Arrests not resulting in conviction may always be expunged, regardless of the number of convictions you have. This includes situations where you completed a diversion program, charges were dropped, or you were found not guilty.

If you successfully completed a diversionary program, such as PTI or Conditional Discharge, you may expunge your record related to that crime. However, you will be ineligible to expunge any other prior or subsequent convictions. (N.J.S. 2C:54-14(f)). For example, if you completed PTI, but got in trouble again with a misdemeanor, you can only expunge the PTI and not the misdemeanor.

How Many Times Can You Get an Expungement

Archive-Document-StorageGenerally, you may only receive an expungement once. (N.J.S. 2C:52-14). Therefore, you should try to expunge all eligible records at one time. After receiving your first expungement, if you are convicted for another crime, you will not be able to expunge that conviction.

There are two exceptions to this rule:

1. You are allowed to expunge arrests and charges that do not result in conviction or are dismissed. There are many reasons an arrest might not result in a conviction, including a finding of not guilty, a lack of evidence, political pressures, or participation in a diversion program. Sometimes the prosecutor will decide to dismiss the case for unknown reasons. In these instances, a person is eligible to dismiss any records of the case regardless of a previous expungement.

2. You are still allowed to get an expungement if you are seeking to clear records of a municipal ordinance violation.

Why Are Expungements Denied

In general, there are two scenarios in which your NJ expungement can be denied:

Denial based on ineligibility

If you are ineligible for a New Jersey expungement, it’s probably not a good idea to apply because your petition will get rejected. However, if you’re ineligible due to the waiting time requirement, you could prepare your paperwork now and apply later when you become eligible. This will save you time and ensure you get your record cleared ASAP.

To quickly find out if you’re eligible, use our free NJ expungement eligibility test.

Denial based on objection

Even after meeting all of the eligibility requirements, your expungement petition might be denied if someone, most likely the prosecutor, objects to the petition. A number of reasons may influence this decision including:

Usually, if an individual is arrested or convicted of an additional crime (after the crime that is being petitioned to be expunged), a court will likely consider this to be an indication that no rehabilitation took place, and thus object to grant an expungement.

In addition, there are a few crimes in New Jersey that might be denied, even if they meet the criteria of eligibility.

Typically, these crimes include felonies or drug dealing charges.

How to Get your Record Expunged

If you are eligible for an expungement, getting your record expunged is simple. The process consists of filling out the appropriate forms and filing them with the court.

Notice of an expungement hearing is given to people including the Superintendent of State Police, the Attorney General, the county prosecutor of the county where the hearing is located, and chief police or executive head of the police department where the crime took place. (N.J.S. 2C:52-10). A court appearance is usually not required for an expungement hearing, but may be needed if someone objects to the expungement or in a case of expunging an arrest and/or conviction for possessing a controlled substance with intent to distribute. It usually takes up to three or more months to expunge a criminal record. Learn more about the New Jersey expungement process